This episode of Running Man is at the Seoul Museum of History , the museum was built to get to know the history and culture the people of Seoul and was founded in 2002.

In this episode, Song Joong Ki couldn't participate because he was filming the drama he was starring in, so Running Man invited guest stars Lee Joon (MBLAQ), Park Jun Gyu, and  Victoria (f (x)).

The first mission is to play 3 games on Jongro road for the first game is to break chopsticks by hold them in the middle of the fingers by all team members, if there is one team member who fails then they have to repeat again. 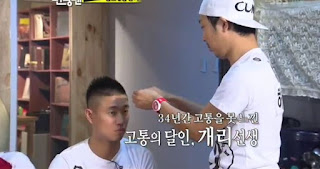 before the exciting start of the game, Kang Gary showed his talent he could withstand pain, to test the truth Haha flicked his forehead using chopsticks, and sure enough he seemed to feel nothing, but when Yoo Jae Suk, Ji Suk Jin tried to flick chopsticks onto his forehead they feel it really hurts. 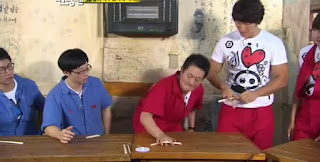 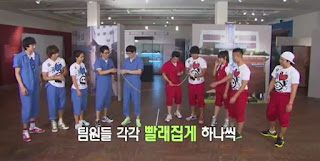 For the second game is a game of pulling tongs pinned to the face area, a game that is similar to tug of war but which makes a difference the two teams must wear tongs in the face area, if one team crosses the white line or all the tongs falls then he lose

The first round began, the two teams looked very funny because they were wearing tongs in the face area, what's interesting was Ji Suk Jin who pinched his nose, making the members laugh because Ji Suk Jin's nose strength lasted until finally the tongs slipped from his nose, the team that won the first round is a red team.

For the second round this time, the two teams agreed to play only two people, one man and one woman in each team, Team Blue Ji Suk Jin and Song Ji Hyo while the Red Team Kang Gary and Victoria, shortly after the match began, the team Red benefited because the tongs attached to Song Ji Hyo's face were released all and all that was left was Ji Suk Jin, the tongs clamped to his nose, but even though Ji Suk Jin had tried to survive until the end, the Red team got a Running Ball. 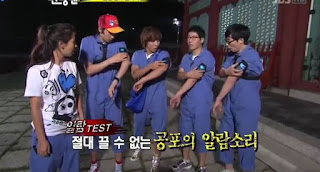 The second mission is to play hide and seek to tear the name tag in 1 hour, but different this time every member hiding in his arms has a smart phone installed and has been set to sound the alarm with a predetermined time, the hiding team is the Blue team while the Red team who are chasing to rip name tags belonging to blue team members.

The hide and seek began, the blue team split into two groups so as not to be caught easily, after 15 minutes the Red team managed to tear two blue team members name tag Ji Suk Jin, and Lee Joon. 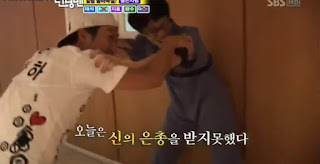 Ten minutes left, Yoo Jae Suk was discovered by Kang Gary and Victoria and was arrested by Haha and tore his tag name after trying to run away to hide but he was still caught, and at the same time Kim Jong Kook and Park Jun Gyu after searching around the yard managed to find Lee Kwang Soo who was hiding and tore Lee Kwang Soo's name tag. 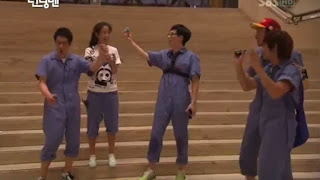 Now only Song Ji Hyo is left hiding in a place that is hard to find, and finally she manages to survive until the end, and the winner of the second mission is the Blue team they get Running Ball. 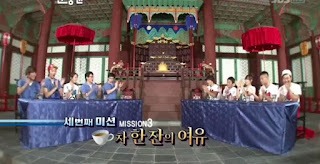 The third mission this time is that the two teams must drink tea mixed with egg yolks as a punishment if they cannot answer the questions given by the producer, and for the questions they will be given when the old videos of the Running Man members are played. 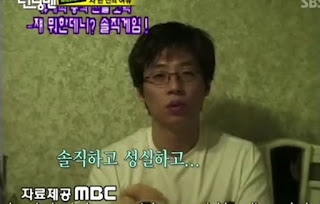 The member who first played his old video was Yoo Jae Suk, because of his funny and carelessness in the past, the Running Man members laughed, after that they were given questions about Yoo Jae Suk and Ji Suk Jin successfully answering, while the blue team excelled, the team red must drink tea with five eggs. 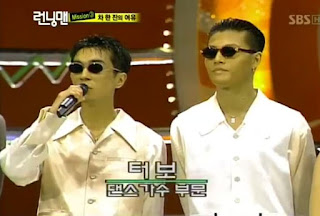 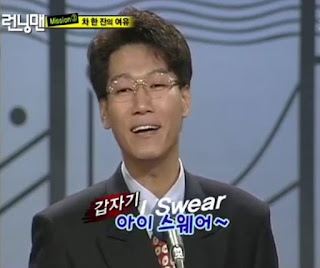 In the third round this time the old videos of Park Jun Gyu, Song Ji Hyo and Ji Suk Jin were played, this time the concern was when Ji Suk Jin's old video, when he auditioned to become an MC on one of the television shows, in the middle of his audition singing the song "I Swear" from All 4 One, this is what made the Running Man members laugh because they saw Ji Suk Jin singing, and after that the producer gave a question about Ji Suk Jin, and the winner of the third round was the blue team, and the red team have to add 3 more yolks because they lost this round. 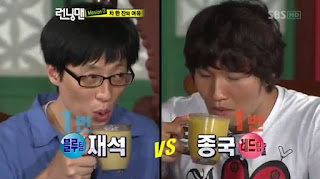 After that the two teams had to drink tea that had been mixed with egg yolks, and had to drink it even though it was still hot, the team that was fastest consuming was the winner, and the third mission winner was the red team and got Running Ball. 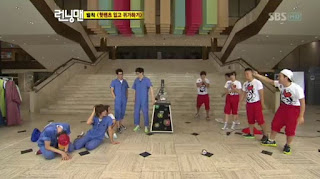 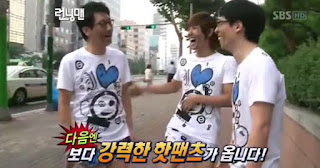