This episode of Running Man is in Seoul Central Post Office, a popular place in Seoul because all the central mail shipments are here, this time Running Man invited guest stars Jung Yonghwa (CN Blue) and Kim Je Dong, for the second time Yonghwa back to being the guest star of Running Man.

Before the opening began all the Running Man members worked together to fool Gary , because Ji Suk Jin sent a message to the producer to fool Gary, because of his innocent nature and only focus on the mission then the producer Running Man agreed, if all members succeeded then they get Running Ball except Gary, and if when carrying out the mission of the members it was discovered by Gary, then only Gary would get Running Ball.

For the first time a 1: 8 fight began, this time the producer made a new rule, now Running Ball is only for individual property not for the team, the first game is postcard stamp in 1 minute, the fastest is the winner, here the members must let Gary be a winner so he can run the plan they have made to trick Gary. 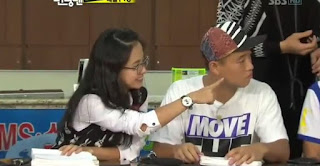 The first mission began, Haha intentionally told Song Ji Hyo sit next to Gary so that the members could carry out the plan, when Gary had focused on winning the first successful mission was Song Ji Hyo, Gary thought that the smeared ink was just joking.

The Running Man members applied ink to Gary's face one by one, without any suspicion, finally all the members managed to put on ink and they won the Running Ball except Gary.

The second mission starts, the second mission is playing cards catching thieves, simple games Running Man members only need to exchange cards with the person next to them, but only once in each turn, members who don't have a thief card will get Running Ball. 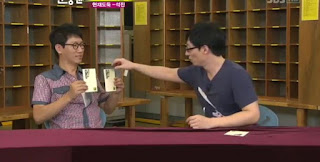 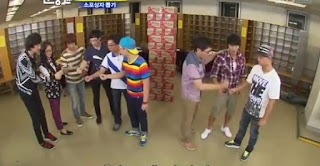 The first round begins, the mission is to draw the stack of boxes that have been prepared by the producer, winners in each round will get a Running Ball and they can submit the cards they have to other members, all members must take the box in order, the member takes the box in turn before all the boxes fell then the winner , before starting the Running Man members warm up by playing rock paper scissors to determine the order of draw boxes. 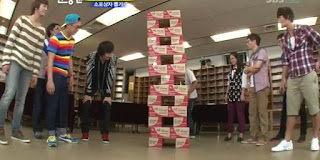 Yoo Jae Suk was the first to succeed in pulling the box, the second was Yonghwa also managed to draw the box, the third was Lee Kwang Soo succeeding, the members continued to pull the box one by one, until when it was Song Ji Hyo's turn because the box was low, the courage to pull the box As Gary became a black knight Song Ji Hyo was willing to sacrifice himself to pull the box, but Gary failed because all the boxes fell, the winner of the first round was Kim Je Dong and got Running Ball.

The first one to qualify is Kim Je Dong and he gives the thief card to Yoo Jae Suk, the game continues after all members are given one additional card, after they exchange the card the second round begins. 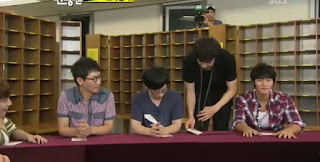 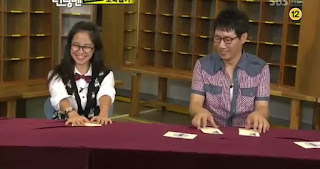 The third round is won by Gary he gets Running Ball and gives the card to Yoo Jae Suk, and he can change the seat, who gets the Running Man card then has the right to get Running Ball, after Gary has exchanged the remaining members just open the card to finish the game , and who has a thief card is Song Ji Hyo, all members get a Running Ball except Song Ji Hyo. 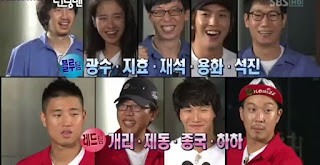 The third mission is to search for 4 passwords scattered in the Post Office, the team is divided into 2, for the Red Team Kim Jong Kook, Gary, Haha, Kim Je Dong, and Blue team Yoo Jae Suk, Ji Suk Jin, Lee Kwang Soo, Song Ji Hyo, and Yonghwa, the blue team as the search team and the red team as the pursuing team. 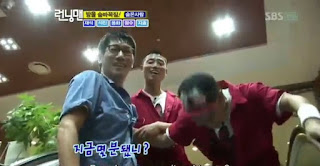 Team Blue split to find the password, Song Ji Hyo with Lee Kwang Soo searched on the 4th floor, not long after Ji Suk Jin had just started the 5-minute game Ji Suk Jin had been eliminated, after that Yonghwa managed to find the first password. 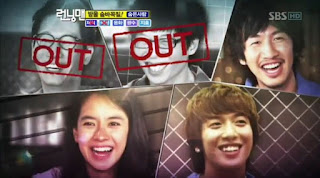 Yoo Jae Suk who ventured to run to the 4th floor was finally eliminated by Kim Je Dong after being confronted by Kim Jong Kook, now Blue team is left behind Lee Kwang Soo, Song Ji Hyo, and Yonghwa, they split up to find another password. 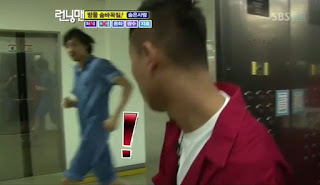 Only about 30 minutes left, Yonghwa managed to find the second password on the 2nd floor, Lee Kwang Soo who was hiding on the 4th floor, saw the situation was safe he intended to look into another room, but at that time Gary was in the elevator seeing Lee Kwang Soo immediately chased him, and finally Lee Kwang Soo was eliminated. 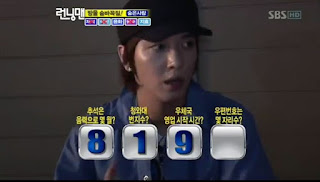 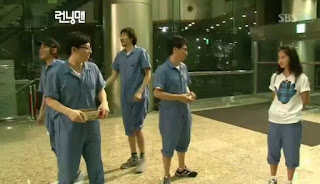 After they discussed, it turned out that Kim Jae Dong came to the 10th floor and arrested Song Ji Hyo, Yonghwa took the initiative to escape when Song Ji Hyo detained Kim Jae Dong, after getting the last digit clue from the member who had been knocked out, Yonghwa went straight to the 2nd floor to find the mailbox, and the third mission winner is the blue team they get Running Ball. 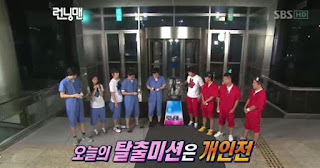 It's time to use Running Ball this time with only 5 people escaping, the name that came out of the lottery machine then they escaped punishment, the first one was Song Ji Hyo, the second was Yonghwa, the third was Kim Je Dong, the fourth was Haha, and the last one is Ji Suk Jin. 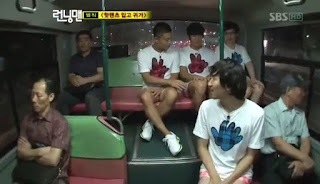