In this episode of Running Man is at Lotte Mart , Lotte Mart is a hypermarket in Asia that sells a variety of food, clothing, toys, electronics and other items. Lotte Mart is a division of Lotte Co., Ltd. which is one of the most common food and shopping services in South Korea and Japan. Lotte Mart, part of the Korean conglomerate "Lotte", opened its first branch in Guui-dong, GangByeon, Seoul, South Korea on April 1, 1998, The invited guest stars this time are Choi Siwon ( Super Junior ), and Kim Min Jong. 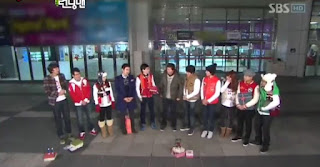 On the opening song Song Joong Ki shared Christmas gifts with all Running Man members, Lee Kwang Soo felt embarrassed because he at the beginning of the program acted like a child, and not long after the guest star arrived they entered Lotte Mart to the children's playground. 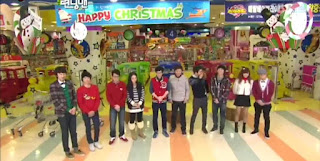 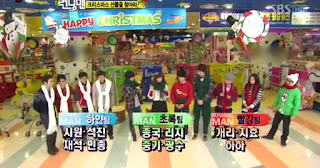 The first mission is to look for Christmas gifts, the three teams must look for toys according to the theme given by producer Running Man, the first mission divided into 3 winning rounds will get Running Ball

The first round begins, the theme is to find the 5 best gifts that children want during Christmas, in this place toys are marked with R images for the best items, but of all the R signs they must choose the best toys for children, the team the one who gets the best toys is the winner. 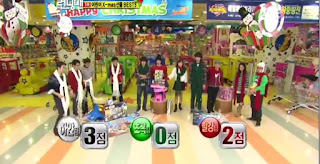 The three teams looked for toys with enthusiasm, not long after they were choosing toys, a discount or the best sale of toys was held and the one who got the toy was Song Joong Ki from the green team, after the three teams finished searching for toys with an R sign, the producer arrived the best toy, and the one who won the first round was the white team they managed to get the 3 best toys. 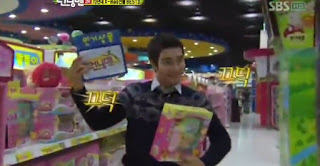 The second round began, the theme was looking for 5 children's toys in the 70s, and this time there were 15 best toys and they were only allowed to choose 3 toys, Choi Siwon was very excited to find the 3 best toys to make the other white team members laugh, after the three teams finished searching for toys, it was time for the producer to name the 3 best toys in the 70s, and the team that won the second round was the green team, they managed to get 2 of the best toys. 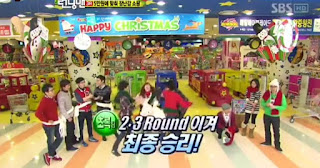 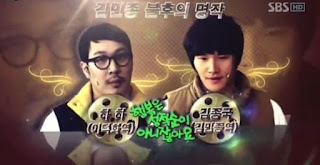 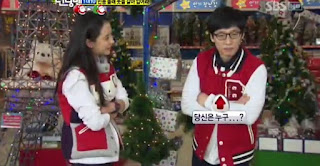 The third is Lee Kwang Soo and Ji Suk Jin, they acted singing and not long after they escaped, then Gary and Kim Jong Kook acted as gangsters who would interfere with Song Ji Hyo and at that time Song Joong Ki came to help him, and after that the mission finished . 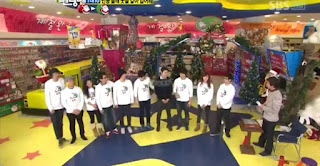 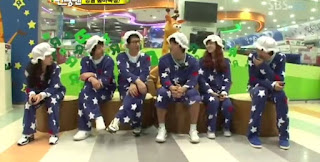 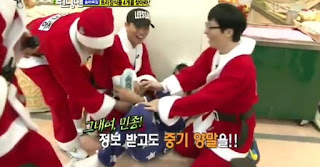 When just the game started Song Joong Ki was eliminated after being caught by Yoo Jae Suk and Haha, and not long ago Lee Kwang Soo was also eliminated after finding one Christmas decoration, he was captured by Gary and the others.

Looking at clothes and toys, Song Ji Hyo and Lizzy were caught by Yoo Jae Suk and Choi Siwon, and finally Lizzy was eliminated, but Song Ji Hyo managed to escape after tickling Yoo Jae suk, but in the end he was caught again by Yoo Jae suk and eliminated. 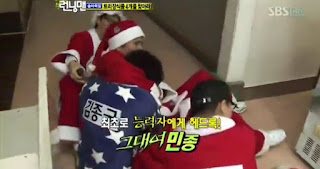 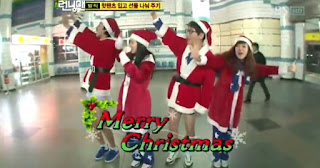 And it's time to use Running Ball, Yoo Jae Suk, Kim Jong Kook, Song Joong Ki, Haha, Gary, Kim Min Jong, and Choi Siwon got away, and the punished members are Song Ji Hyo, Ji Suk Jin, Lee Kwang Soo and Lizzy, as usual they use Hot Pants as a punishment and for women to use a mustache, and that's the end of this episode.
Tag : Running Man