The episode this time is Running Man in the Apartment in the Ilsan Shika area, a place that is so interesting because in front of the apartment there are rocks and big and beautiful trees, from myth in here there is a fairy who live in here. 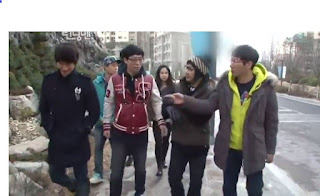 Before they meet guest stars, Yoo Jae Suk asks the Running Man members to deliver a message to someone in 2011, and after that they immediately look for guest stars who are in the Apartment.

And finally they arrived at the Apartment, the invited guest star this time was Lee Kyung Shil and Song Eun Yi, Yoo Jae Suk and Ji Suk Jin looked shocked at not expecting them to be invited. 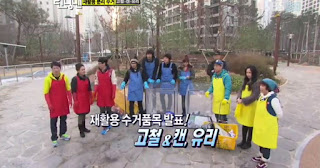 The first mission is that they have to collect recycled goods, namely cans, glass, glass and old metal in this apartment, but not all apartment rooms can be entered only on floors 18, 26, and 30 with limits only 5 minutes, the winner will get a Running Ball. 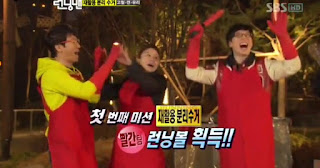 After 5 minutes the time is over to determine who gets the most recycled items, and the winner will get a Running Ball, the yellow team only gets 15 items, the blue team gets 19 items, while the red team managed to find 28 items, so the first mission won red, they get Running Ball.

The second mission began, one-on-one battles between male members against female members, the mission was to raise the opponent's heartbeat to be a winner, before the mission started one by one the members saw their heartbeat, and Gary was unexpectedly farted and directed to Haha. 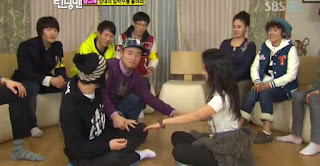 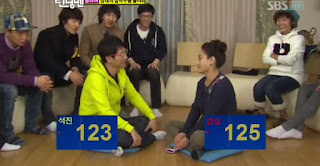 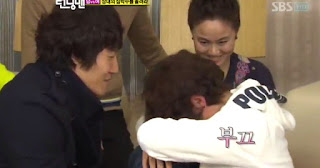 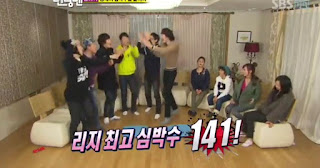 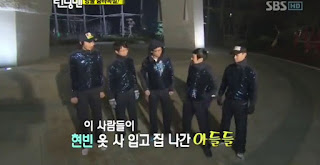 The third mission begins, the mission is to find 5 colored bags that have been hidden by producer Running Man with a time limit of 1 hour, this time the team is divided into 2 namely the search team and the pursuing team, the member search team is Yoo Jae Suk, Ji Suk Jin Lee Kwang Soo, Gary, and Haha, the chasing team members are Kim Jong Kook, Song Ji Hyo, Lizzy, Lee Kyung Shil, and Song Eun Yi. 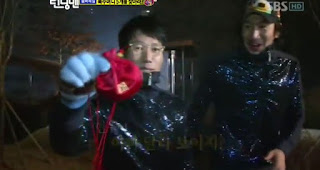 Just the game started, Ji Suk Jin had found a colored bag, now there are 4 colored bags that must be found, and he immediately ran away after hearing the bell, but finally he was caught by Kim Jong Kook and finally eliminated, and Yoo Jae Suk was eliminated when he was riding the elevator to meet Lee Kyung Shil. 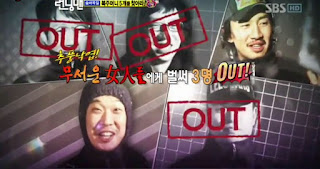 When Gary will run away Lee Kyung Shil sees him and chases him while notifying other chasing team members, and not long after the chase goes on Gary is finally caught. 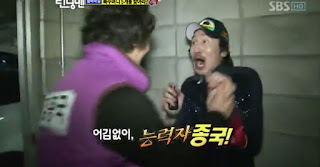 With 40 minutes left, Lee Kwang Soo and Haha are still looking for 4 other colored bags, while looking in the basement, Lee Kwang Soo was caught by Kim Jong Kook and eliminated, after all Haha was also eliminated by the pursuing team, and the third winner's mission Chase team, Kim Jong Kook, Lee Kyung Shil, Song Ji Hyo, Lizzy, and Song Eun Yi, get Running Ball. 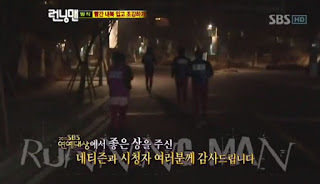 When using Running Ball, and this time the one receiving the punishment is Yoo Jae Suk, Ji Suk Jin Gary, Haha, and Lee Kyung Shil, they have to use long red jasmine and go jogging at night, that's the end of this episode.
Tag : Running Man